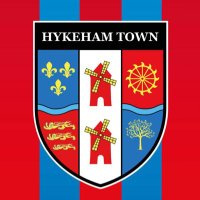 UNBEATEN Hykeham Town consolidated their place at the top of the Balcan Lighting Supplies Lincolnshire League with a derby win over title rivals Lincoln Moorlands Railway.
Goals from Marlon Grundy and a Jake Park penalty either side of half time set up Town’s victory.
Lewis Smith pulled one back for the railmen, but Town held onto the three points. The win was marred by an injury to Hykeham’s Elliott Shearwood, who suffered a broken arm during the game.
Second placed Gainsborough Trinity Reserves trail Hykeham by just five points after their narrow victory over Nettleham. Thomas Garner’s solitary strike was enough to secure the three points for Trinity at The Northolme.
Horncastle Town hit five past Sleaford Town Rangers, who dropped to bottom spot on goals scored.
Rangers were leapfrogged by Lincoln United Development, who picked up a creditable point at home to Grimsby Borough Reserves. United led 2-0 at the break, but the visitors came storming back and turned the game on its head with goals from James Dean (2) and Reece Leggett. The Lincoln side were not to be denied and drew level with a last gasp goal from substitute Harry Stubbs. United’s first half goals were scored by Corbyn McGill and Joe Pavier.
A first half hat-trick from Daniel Simpson put Immingham Town in control at home to Brigg Town Reserves. The Pilgrims led 3-1 at the interval and another goal from Simpson, plus one from Gary Nimmo sealed the victory. Brigg responded with goals from Ben Lingard, Paul Ashton and Tom Wilson, but it wasn’t enough to stop Immingham stretching their unbeaten run to five games.
Louth Town remain fifth in the table after their 2-0 win over Wyberton.
Results:
Gainsborough Trinity Reserves 1 Nettleham 0; Horncastle Town 5 Sleaford Town Rangers 0; Immingham Town 5 Brigg Town Reserves 3; Lincoln Moorlands Railway 1 Hykeham Town 2; Lincoln United Development 3 Grimsby Borough Reserves 3; Louth Town 2 Wyberton 0.