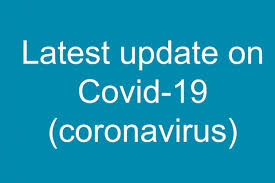 
This is an excerpt from the FA press release
The NLS were able to build a consensus amongst their leagues and, where possible, aimed to create a consistent approach across all leagues, whilst taking into account the unique characteristics of each individual league.
As a result, The FA and NLS steps three to six have reached a consensus that their 2019-20 season will now be brought to an end, and all results will be expunged. This will mean no promotion or relegation of clubs between NLS steps three to six, and no promotion to NLS step two.
These decisions will also apply to the leagues and clubs who play at NLS step seven.

FA Competitions 2020-21 - Online Application  To apply for next season's FA Cup, FA Trophy, FA Vase and FA Youth Cup, please use the direct link below to submit your application and payment online.